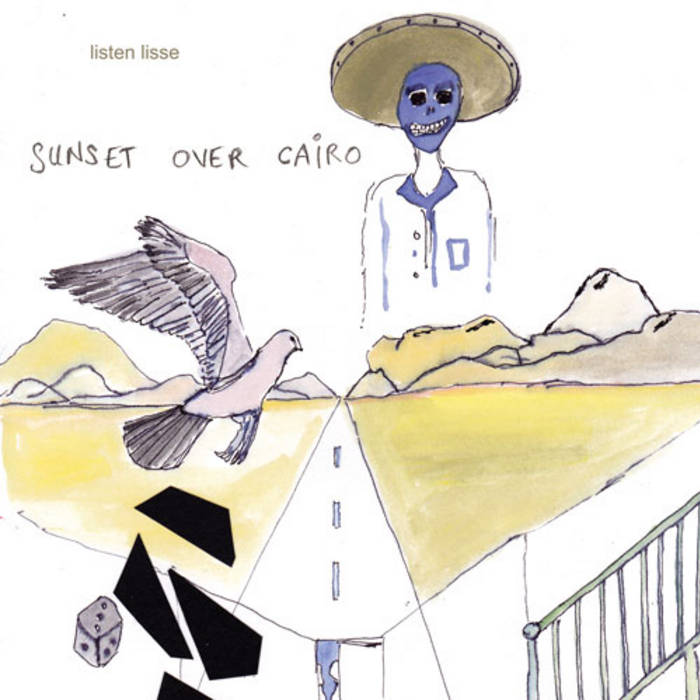 Cementimental actually paid for some music on the internets

Sunset Over Cairo is recorded onto tape at the Cowshed Studios, London.

“The self-described minimalist/drone approach is prevalent throughout the album, the overall product a fully cohesive performance channelling a late ’80s New York indie rock vibe. Sonic Youth meets Hole is the running theme and McKendrick’s obvious love of folk is the influence that gives her songs a voice of their own.”
— NZ Musician

“It takes courage to go into a studio and play it like you do live and that’s what Listen Lisse has demonstrated with her album “Sunset Over Cairo”. Over the course of these ten songs, she flies the flag of an honest performer and that alone distinguishes her from the dedicated followers of autotuning.” - Blues Bunny

“Listen Lisse's cup positively overflows with self assured attitude. Here is an artist that sounds comfortable in her skin and is more than happy to infuse her music with that attitude. "Sunset Over Cairo" shares it's heritage as much with the hey days of punk as it does with folk drawing out the best of each genre to deliver a well thought out album that lashes out when it want's/needs to.” - Neil King - Fatea Magazine

“the experience of Sunset Over Cairo. Rhythmic and lulling....Organic folk mingles with edgy punk as Lisse sets insights to music..... “Outlaw of Her Love” sends out alluring and ghostly vocals while telling how “she moves her body like a snake, the dancing never seems to end.”... Deep and reflective, “Rumour” feels like snow trickling into a widening stream at the dawn of spring. Lisse’s voice is lovely when calling, “You are the eternal hunger.” - Resonance, Indie Music Vibes

“I'm going to be playing this album for a fair while. Listen Lisse is the nuts”
— Street Voice UK

All lyrics and music written and performed by Lisa McKendrick 2011
Born Wild Records
Recorded live at the Cowshed Studios.